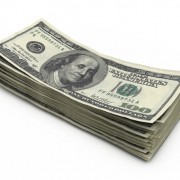 As illustrated above, there are many intricacies in calculating an executor’s commission and administering a decedent’s estate. ContactMiller & Miller Law Group PLLC for help regarding the administration or probate of an estate.